The children were found to be working in the factory for more than 10 hours on a daily basis and were involved in the stitching of  blazers. All hildren belong to Sharanpur district of UP.

The children have been produced before the Child Welfare  Committee and further counseling has been initiated. The process of FIR registration is under process. Daily Diary Entry has been done.

A meeting was also conducted with the Assistant Labour Commissioner of Ludhiana where key points regarding the rehabilitation of children were discussed. 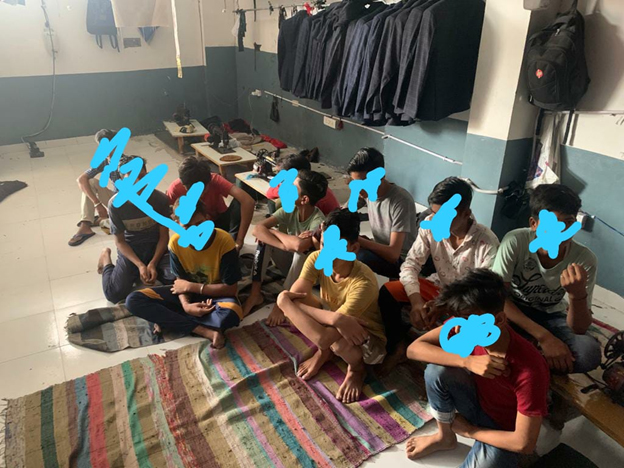