BBA team received a complaint around a month ago about young girls being involved in  prostitution work in Bundi district of Rajasthan. A team was then formed  for carrying out a recce of the area. After the survey of the entire district for more than 15 days, a village named “Ramnagar” was identified by the team where it was found that almost every household in the village was involved in forced prostitution of young girls. Many girls were also given hormonal injections to enhance the growth of sexual organs and a large number of girls were trafficked from nearby States to work in the prostitution business.

As per the information collected during the identification, a complaint was filed at the local Police department for conducting a rescue operation. In the planning process of the rescue operation, it was discussed that the villagers might escape the girls if they would see the police coming to the village, hence it was decided that all the rescue vehicles must be disguised and decorated to look like a marriage vehicle.

On the evening of 11th December 2021, four separate teams were sent to four different locations. However, to our surprise the villagers identified the Police vehicle and began attacking the team with sticks and stones. But in spite of all the difficulties, the team managed to rescue 4 girls and also arrested 2 customers and 2 traffickers from the location.

The team then took the girls in the safe custody and managed to escape from the village. In the process, the bus tire of the rescue vehicle was also punctured by the villagers and constant attack was done from their side on the team in which many of the team members from BBA got hurt.

An FIR was registered against the 4 accused upon reaching the Police Station. 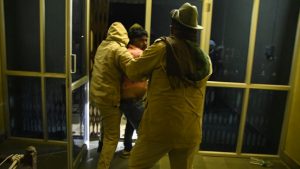 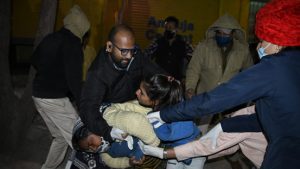