World Day Against Trafficking In Persons is observed each year on July 30 to draw global attention to the scourge of human trafficking and deliberate of ways which need to be adopted to end this crime. With the pandemic raging like wildfire, there has been an exponential rise in this transnational organized crime putting hundreds and thousands of children and women from the most marginalized and vulnerable sections of society at heightened risk.

Human trafficking has now emerged as a significant problem all over the world and is the third largest international criminal enterprise, generating an estimated $150 billion dollars annually (ILO, 2014).

Since the first lockdown, the Satyarthi Movement has collaborated with law-enforcement agencies to rescue approximately 9,000 children which has led to the arrest of 302 traffickers from trains, buses and factories from across the entire country. Children have thus become the biggest victim of the pandemic with the trafficking of children rising manifold of late.

The ongoing Monsoon Session of the Parliament proposes to take up the Trafficking in Persons (Prevention, Care and Rehabilitation) Bill, 2021, for deliberation. The Bill aims to “to prevent and counter-trafficking in persons, especially women and children, to provide for care, protection, and rehabilitation to the victims, while respecting their rights, and creating a supportive legal, economic and social environment for them”. The Women and Child Development Ministry had has invited suggestions for the draft Bill.

The Anti-Trafficking Bill has increased the scope of the nature of offences of human trafficking, with stricter punishment including life imprisonment and even death penalty in certain cases. The Bill addresses various aspects of trafficking – including prevention, combating the crime including re-trafficking, designating agencies for investigation, special courts for trial, rehabilitation of victims, very effectively and comprehensively and will become a landmark in dealing with this complex crime.

It may be recalled that a previous draft of the Bill was passed in the Lok Sabha in 2018 but wasn’t ever introduced in the Rajya sabha.

Deeply concerned at the rise in cases of trafficking, Nobel Peace Laureate Kailash Satyarthi has written to Members of Parliament and requested them to ensure passage of the proposed Bill in the upcoming session.

The passage of the Bill will be fulfilment of the demand of 12 Lakh Indians who marched across 22 states and 12,000 kms demanding a strong law against trafficking along with Shri Satyarthi in 2017.

National Consultation on the Elimination of Child Trafficking

Bachpan Bachao Andolan (BBA) has been deploying new methods time and again to enhance the processes of identification and rescue of suspected child labour cases. Through the extensive network of activists present at the ground level across the country, BBA gathers real-time information regarding trafficked children and makes real times moves to protect them from being pushed into a life of exploitation at the hands of traffickers.

Action On The Ground

Latest News
Stories from the Field 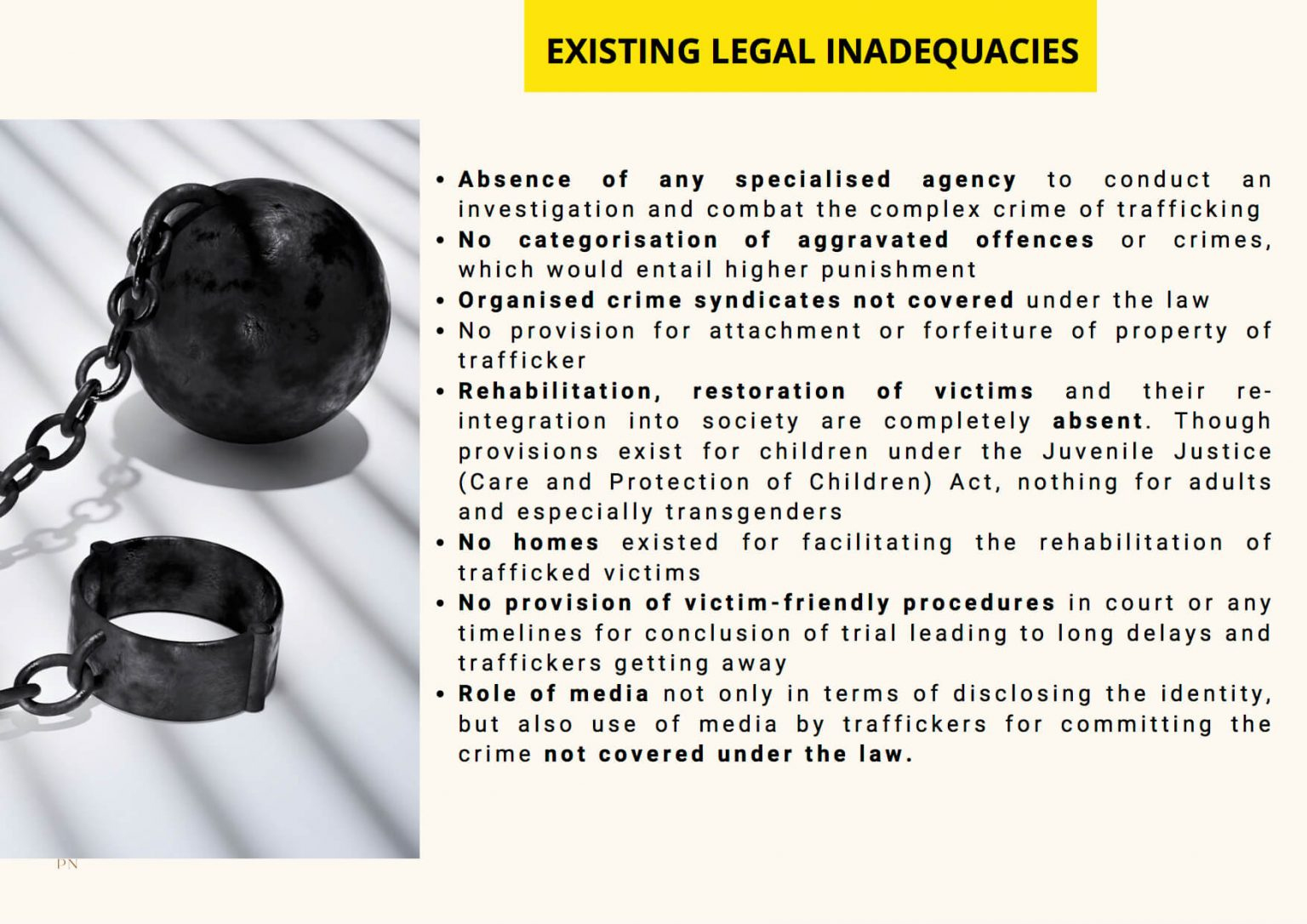 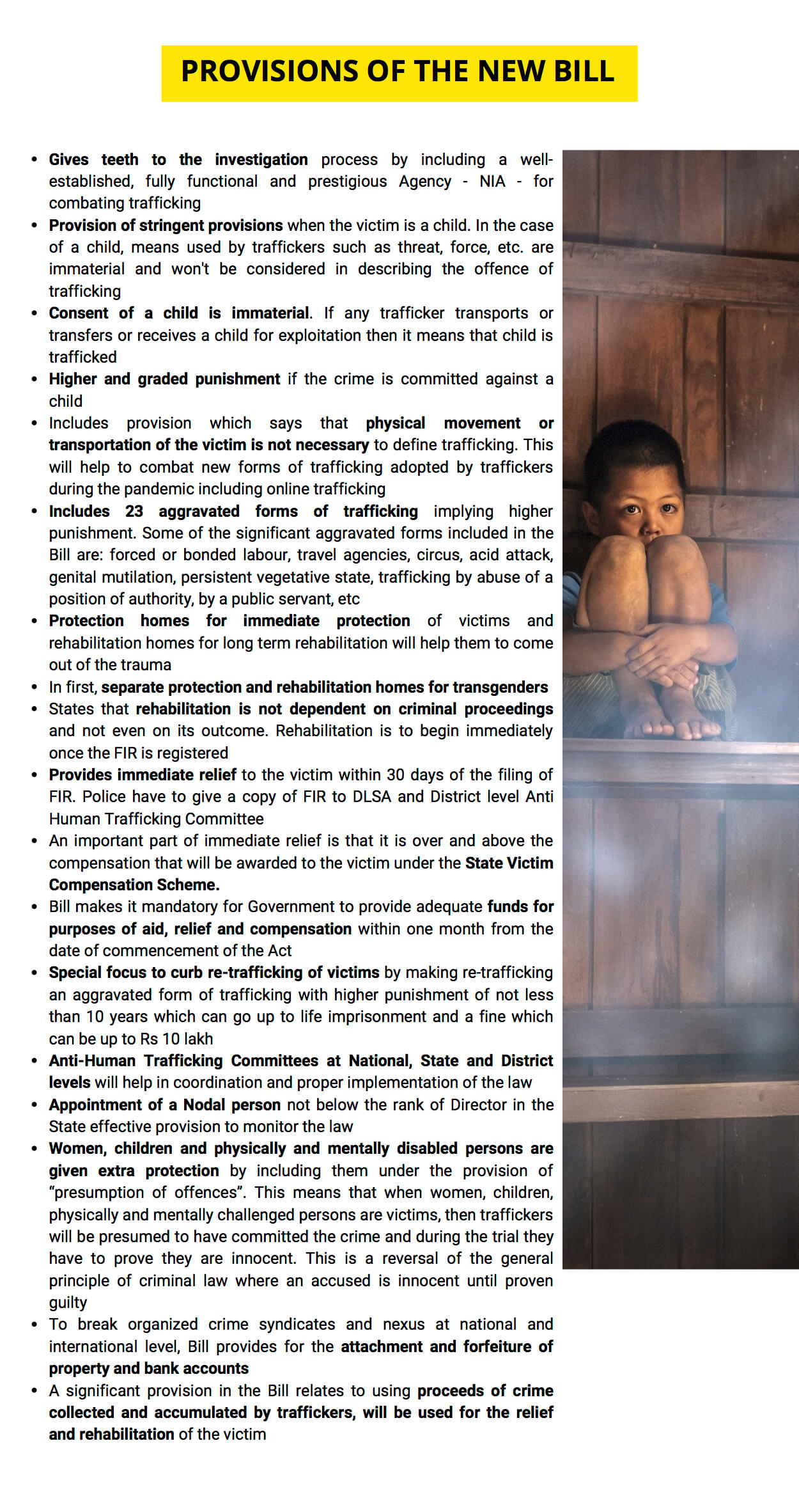