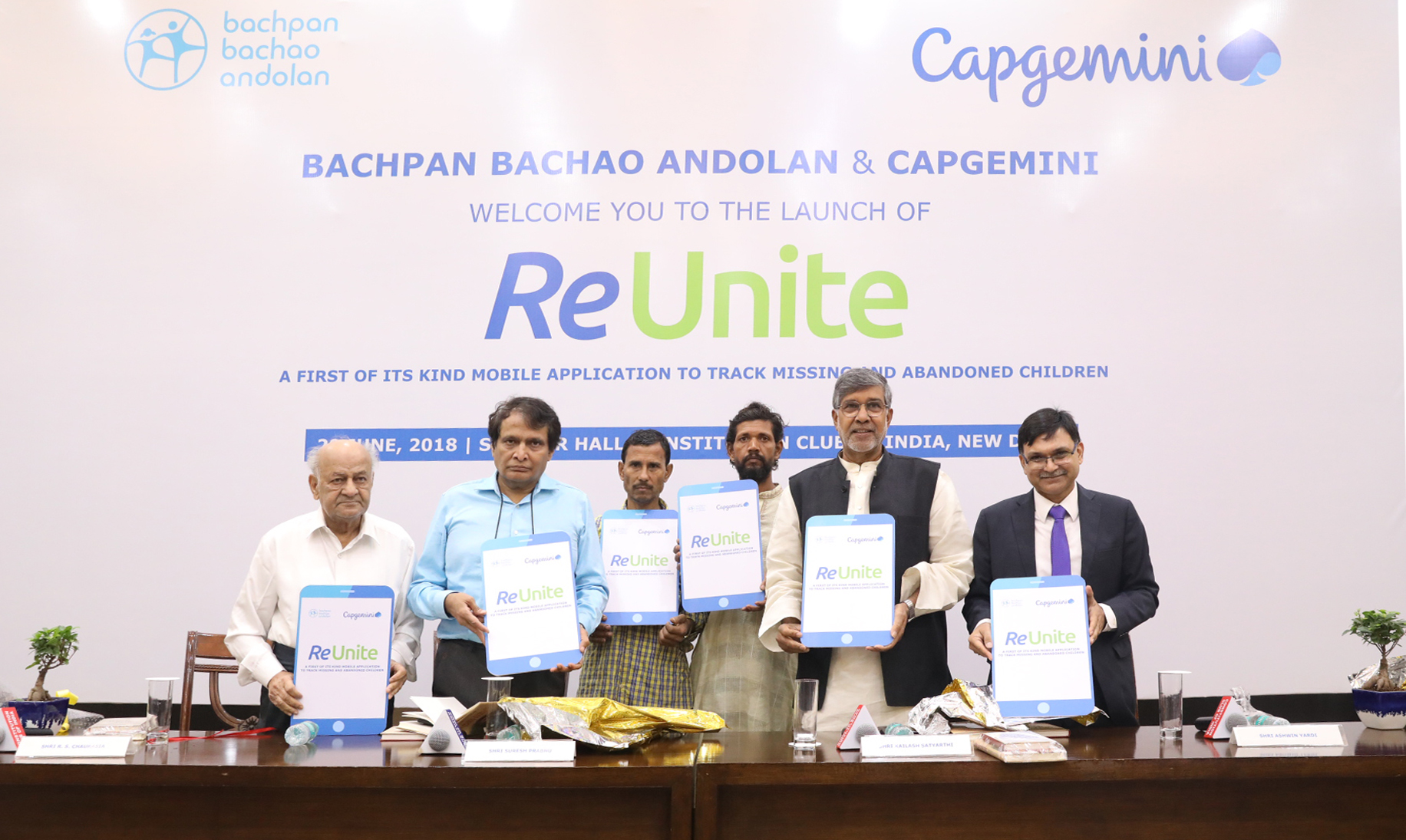 In June 2018, BBA in association with Capgemini launched first of its kind mobile application ‘ReUnite’ to report, search and identify missing and abandoned children on thestreets. The app was launched by Noble Peace Laureate Mr. Kailash Satyarthi and Union Minister for Commerce and Industry Mr. Suresh Prabhu.

ReUnite is a multi-user platform which can be used by both citizens and also by parents of missing children. Citizens can upload the image of any vulnerable child who issuspected to be missing. Whereas, parents will be able to report about their missing child by uploading detailed information like name, last geo-location, address, contactinformation, etc., along with their images.

Based on the technology of facial recognition, ReUnite uses advanced algorithm and analytics to process the image of a child and match it with the already existingdatabase of missing children.

The app will connect to government databases of missing children to find a probable match. It will alert the user in case of a match, allowing him/her to see thewhereabouts of the child. Given the security aspect, the photos taken by the user to upload the missing child details, will not be saved in the phone’s physical memory andwill be deleted automatically as soon as the user closes the app.