The 13 adolescents belonging to Chattisgarh and 12 from and Bihar were found to be orphan or had a single parent and were made to work for long hours. An FIR u/s 374, 370(5), 14(1A) and 79 JJ Act has been registered in the case and two accused have been arrested.

The adolescents were produced before CWC Rangareddy and after the verification of age, three girls were found to be above 19 years of age. The rest of the 12 children were sent to a shelter in a government run children’s home in Hyderabad.

The Rangareddy District Labour Department finally recovered Rs 5,80,000 for 29 children who were rescued in the month of July 2021. 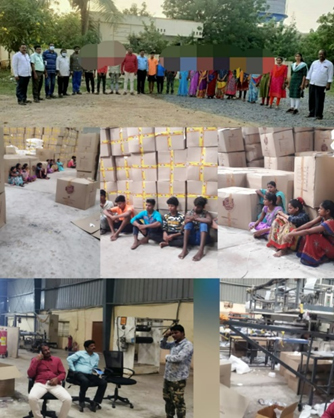