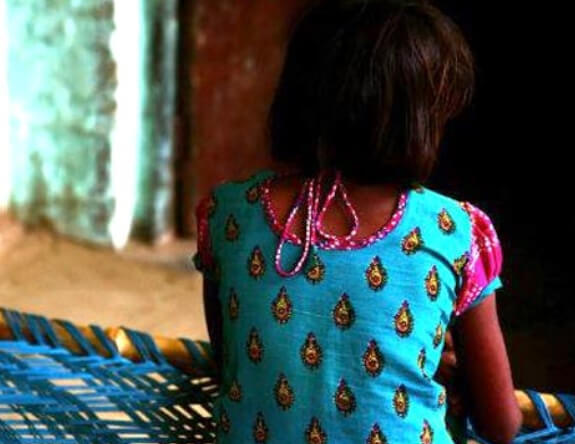 The sweet innocence of Malvati’s face hides unimaginable horrors that the 13-year-old girl from a tribal community in West Bengal’s North Dinajpur district. Malvati fell victim to human trafficking when she was not even in her early teens. And since then she knew only pain and suffering until she was rescued by a team of BBA activists.

Abducted from her village before she was trafficked to Delhi, Malvati was “acquired” by Naina Placement Agency where she was forced to work at several places as a domestic help. Some of her employers would beat her mercilessly. On other occasions she would be raped and molested by the men at the homes where she worked.

When guests visited her employers’ homes, she would be tortured mentally and physically. Her most horrifying experience was when she would menstruate and would have no sanitary napkins to use. Basic requirements like nutrition and mental health became luxuries that she could only dream of. Malvati’s nightmarish experience continued for two years.

Sometime in 2013, BBA activists received information about Malvati through an email tipoff, which claimed that the girl worked as a domestic help at Mrs Renu Chadha’s residence in Delhi. Without losing any time, BBA activists planned and executed a raid at Mrs Chadha’s house and rescued Malvati. An FIR was immediately lodged against her employers and those who operated the placement agency.

Malvati’s medical examination indicated that she was subjected to rape and sexual harassment. The original FIR was accordingly amended so that the girl, who had already lost so much, received justice. Understandably, Malvati was very fearful the day she was rescued. She was taken to Arushi Shelter Home, Gurgaon, on the orders of the local child welfare committee.

She stayed there for two months following which she was rehabilitated. Malvati was re-united with her father, Mr. Nandulal Hansda. The tears that flowed from the father and daughter’s eyes were testimony to mutual grief and a stark reminder of Malvati underwent during the two years she was trafficked from her native village and then horrors she suffered in Delhi.