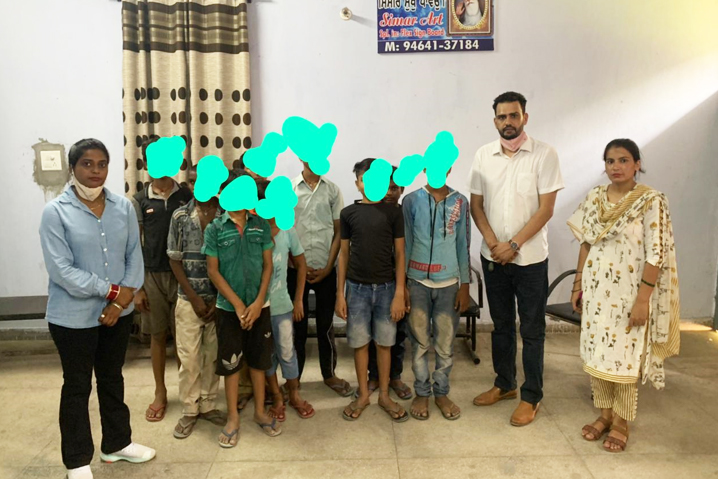 Strict surveillance by Bachpan Bachao Andolan and close coordination with agencies concerned helped in the rescue of nine children from a jacket manufacturing unit in Ludhiana on August 13. The children were being made to work for more than 14 hours every day without any wages.

BBA team in Punjab got a tip off about the minors engaged as child labour in the factory and forwarded a complaint to the National Human Rights Commission (NHRC). NHRC promptly directed the district administration to carry out the rescue operation.

Initial investigation revealed that the children had been trafficked from Sitamarhi district in Bihar. Some of the children said that their parents had received advance money from the trafficker.

Children have been produced in front of Child Welfare Committee and have been sent to the local Child Care Institution. FIR has also been registered in the case.